When you book with an account, you will be able to track your payment status, track the confirmation and you can also rate the tour after you finished the tour.
Sign Up
78

Enjoy a private tour from Sokhna Port to Giza Pyramids, the great Sphinx, the Step Pyramid and Memphis city then back to Sokhna Port.

You will be transferred from Sokhna Port to Cairo joining your private tour guide to discover:-

One of the Seven Wonders of the World and it dates back to 2400 B.C. At Giza pyramids you will visit 3 main pyramids and six little pyramids. Then proceed to visit:-

A limestone statue with a lion’s body and a human head, the face of the Sphinx is believed to represent the face of the Pharaoh Khafra the owner of the 2nd pyramid. The tour also includes a visit to:-

A Huge blocks of pink Aswan granite, the floor is made of alabaster. The Valley temple used mainly for mummification process and it belongs to the Pyramids of Chephren . Proceed to have your lunch at a pyramids view restaurant. Then move to visit:-

The world’s oldest major stone structure and it was the 1st idea to build a real pyramid in civilization. It was built in the 3rd Dynasty (around 2630 BC) for King Djoser After that transfer visit:-

It was the capital of Old Egypt during the Old Kingdom, it was considered to be a center of rule and culture for over 3000 years. Finally, transfer to Sokhna Port. 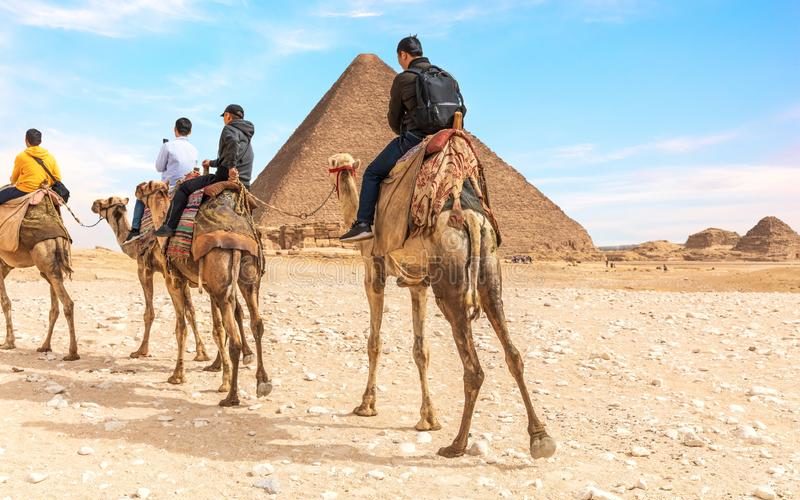