When you book with an account, you will be able to track your payment status, track the confirmation and you can also rate the tour after you finished the tour.
Sign Up
291

Through our pyramids tour from Alexandria port, you will enjoy a memorable time exploring the best ancient attractions in Cairo where you will join your tour guide and explore the miracles of the Giza complex such as the three pyramids, the Sphinx. Then you will have a lunch meal before discovering the Saqqara pyramid & Memphis city. At the end of the day, we will transfer you to your cruise in Alexandria port, so don’t hesitate the time and book us now.

You will be transferred from Alexandria Port to Cairo joining your private tour guide to discover:

A limestone statue with a lion’s body and a human head, the face of the Sphinx is believed to represent the face of Pharaoh Khafra the owner of the 2nd pyramid. The tour also includes a visit to:

A Huge block of pink Aswan granite, the floor is made of alabaster. The Valley temple used mainly for the mummification process and it belongs to the Pyramids of Chephren. Proceed to have your lunch at a pyramids view restaurant. Then move to visit: 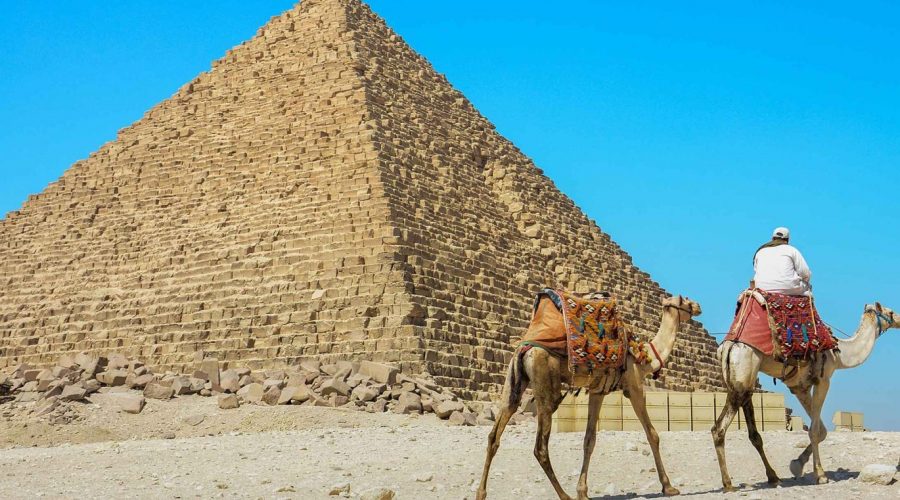 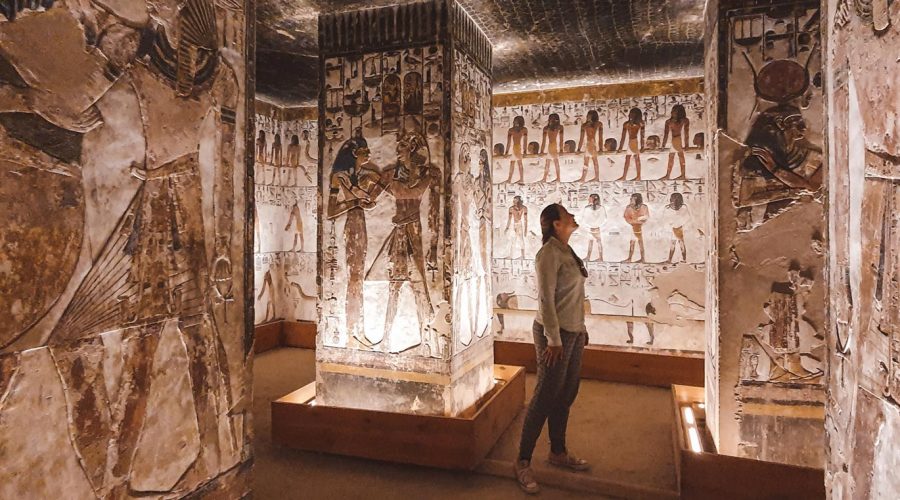 I booked a combination package comprising 1 day tour of Cairo. The organisation of Safaga Shore Excursions was awesome starting from receiving us at the airport to transfer to car to hotel, to picking us up at the exact time and covering all places as stated in the itinerary. We were on a sisters trip to celebrate my birthday and it was wonderful. Special mention of Reham our tour guide who was exceptional with suggestions. She also stepped in as our photographer on many occasions. Needless to say she is excellent and an asset to the tour company. We enjoyed the trip so much we just didn’t feel like leaving. We were treated so well. I would definitely recommend Safaga Shore Excursions to all my friends and contacts; and would love to do a trip again with them in the future. Thanks so much!!!

My wife and I booked the “Marvelous day tour to pyramids” through Safaga Shore Excursions and completed the tour.
Everything was very well organized:
– The hotels were very good
– The guides/drivers were very punctual, knowledgeable and open to add additional features to the tour (at additional cost, which was OK for us). All Thanks for tour giudes of Pyramids Tour from Alexandria Port

Very much rememberable day in the Egypt through Pyramids Tour from Alexandria Port.
Arrangement was excellent
Food was delicious
Tour guide was very cooperative and good knowledge of subject

Just got back from an amazing trip to Egypt with Safaga Shore Excursions to pyramids. My tour guide was Mohamed Elshemei. He was very knowledgeable and explained the extensive history of Egypt in detail and ways that I could understand. He also was helpful in shopping and negotiating at the bazaar. He gave us ample time to explore and take pictures. Overall it was an excellent experience and I would highly recommend Mr. Elshemei and Safaga Shore Excursions. Will definitely be back!

We just returned from an amazing trip to Egypt arranged by this company. Excellent guide, Mohammed in Cairo to visiting some top attractions such as Pyramids and magnificient Memphis City. I learned so much about the history and culture of Egypt from both of them. Also loved our friendly and helpful drivers Boudy and Dolba. They made the drives fun with their selection of Egyptian music! The hotels they booked for us were very nice and comfortable. I only had one small complaint, they booked us on a 5:00 am flight out of Hurghada which was a bit too early for me as we had to leave our hotel in El Gouna. Other than that it was an amazing and fun trip and I would highly recommend this company.